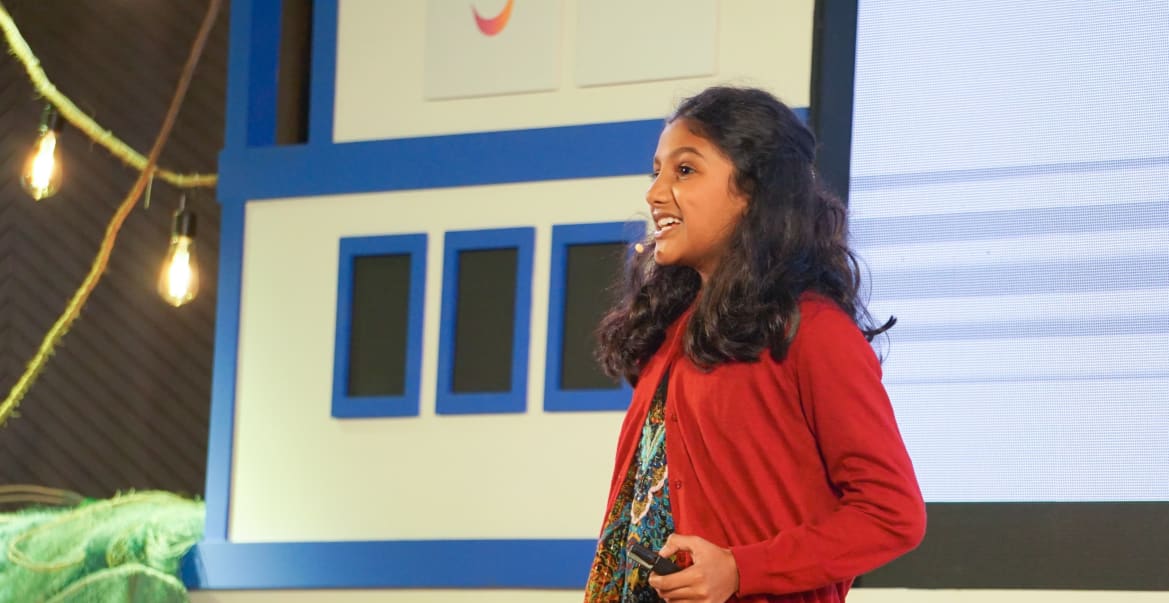 Zara Khanna meets world leaders, writes books and has programmed a travel chatbot – and she's only twelve. A visionary entrepreneur with a sense of adventure.

Vacation time is over, it's back to school in Singapore. Zara Khanna's friends chat about their trips to Europe. One saw Leonardo da Vinci's most famous painting, the Mona Lisa, at the Louvre in Paris and seems rather unimpressed by the picture with “dripping paint.” Another one’s reaction to the 5000-year-old Stonehenge monument is also rather unenthusiastic: A pig pile of rocks, just in England.

"My friends didn't even realize how amazing the culture and history behind these things is," the twelve-year-old Singaporean said on a video call. "That's what I wanted to change."

So Khanna combined her own wanderlust with her tech expertise and programmed Octa – a chatbot that suggests kid-friendly activities for families at destinations worldwide, filtered through the enthusiastic eyes of a child.

The idea Khanna developed in her childhood bedroom has since grown into a business of its own with a small team feeding the bot with data and updating it. With the support of her parents, the young entrepreneur is now talking to hotel chains such as Marriott and Carlton as well as Airbnb, which would like to integrate Octa into their websites. This comes in handy for Khanna, because in the future she would like to implement machine learning into the bot, but needs more user data to do so. The greater reach would therefore be very welcome.

"Resilient, enterprising, and amazing at tech"

Zara Khanna's story is as extraordinary as it is encouraging. The tech industry is still considered a male domain. Only one third of science and technology graduates are women. While companies around the world are desperately looking for female coders, the twelve-year-old was not swayed by prejudices or statistics and simply started programming. She founded a programming club for students in cooperation with the ArtScience Museum in Singapore. The club is appropriately named G.R.E.A.T. for “Girls Resilient, Enterprising, and Amazing at Tech.” Boys do tag along, though.

Understanding technology is good for everyone, Khanna says. "You learn logic, problem solving and algorithms. Technology provides a very basic understanding of the world." You just type something in and then you will see what happens.

Since she was four years old, Khanna has documented her travels in journals in which she collects tickets, photos and oddities like some wool from a sheep in New Zealand. In the meantime there are enough books to fill an entire shelf – she has already visited more than 50 countries. And when she experiences something special along the way, the activity finds its way into Octa's backend so other kids can take notice, too.

When she's not working on the chatbot or her other projects, Khanna is a student at United World College in Singapore. Now she has also been accepted to Stanford Online High School, where she can start remote learning.

A chatbot for globetrotters

Right now, Khanna was supposed to be on a train across Eurasia. On a large globe she traces the route on the white landmass with her index finger. Before the pandemic, she and her father had already finished two thirds of the journey in two stages from Inverness, a small town in Scotland, via Turkey to Almaty, Kazakhstan. After the pandemic, they plan to travel from Central Asia all the way home to Singapore. Khanna recently published a book about this journey, which she wrote along the way. Like the chatbot, it is also aimed at other children.

She inherited her love of travel from her father. Parag Khanna, named a Young Global Leader by the World Economic Forum, works as a writer and advises governments worldwide while on the road. Her mother, Ayesha Khanna, is also a consultant and the founder of an AI incubator. Forbes named her one of Southeast Asia's groundbreaking entrepreneurs in 2018.

That Khanna would develop a travel chatbot is ultimately the logical melding of parental influences. After all, a virtual chatbot advises adventurous travelers on travel issues. Users can ask about the weather, exchange jokes and pick up tips for activities in a city they want to visit. That might be the ice cream museum on 14th Street in New York – well, that's obviously family-friendly – but also the Elbphilharmonie in Hamburg. Why is that one "epic?" Because visitors there take Europe's longest escalator all the way to the top. And with over a thousand panes of glass, the outer facade actually glitters, according to the chatbot.

Two hundred cities, each with five to ten different attractions, are already stored in the bot’s system. Khanna has visited some of them herself, while other suggestions come from children all over the world and from Octa employees.

During her own travels, she has had some curious encounters, Khanna says in conversation. She discussed happiness with the prime minister of Bhutan. Unfortunately, a planned meeting with the German president didn't work out. And the president of Mongolia, formerly a wrestler, just seemed superhumanly tall next to her.

These are extraordinary experiences for a child, but they don't make her nervous, says Khanna. Why should they? After all, why should she put them off for later? “If there's something I want to do, I don't see why I should have to wait until I'm an adult to do it.“ 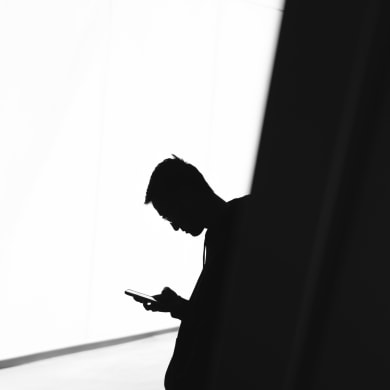