Once upon a time there was a woman who wanted to revolutionize the world of medicine. With just a few drops of blood, taken by pricking the fingertip, she would test people for all kinds of diseases, from ebola to cancer.

The latest technology and software would make it possible. And for more than a decade, nearly everyone believed her – the powers that be in politics, including current president Joe Biden, the investors, and the media. They created a story – not unlike a heroic epic – that catapulted the woman into the highest echelons of successful female entrepreneurs (first woman ever to found a company worth billions). There was just one catch: The technology didn't work. Thousands of blood test results were faulty, some entirely unusable. The success story of Theranos was nothing but a lie.

Entrepreneur Elizabeth Holmes and her ex-boyfriend and business partner Ramesh “Sunny” Balwani must now answer for this in court. During the proceedings much will certainly come to light. It's high time to dispel a few myths about Silicon Valley's startup culture.

Elizabeth Holmes is the Valley's “Baroness of Lies.” Like Hieronymus Carl Freiherr von Münchhausen, who was said to have ridden cannon ball in the 18th century, Holmes rode her “Nanotainer,” a vessel measuring a good centimeter for minimal blood sampling, from talk show to talk show. And she fulfilled all the expectations an audience hungry for superlative success stories needed to hopelessly fall for the heroic epic. Each of her appearances could have been debunked with just a little critical reporting. But the audience, drunk on the myth of the messianic savior, didn't want to be roused from its stupor.

In reality, everything about the Theranos story is fake. Holmes wore black turtlenecks to invite comparisons to Apple founder Steve Jobs. The device Theranos was supposed to use to analyze just a few drops of blood was named Edison – after the prolific inventor who registered more than a thousand patents. But the machine didn't work. Theranos bought analysis equipment from Siemens and secretly used it to conduct its own blood tests. Holmes claimed to sleep only four hours per night, and actually work all the time, playing to the cult of round-the-clock efficiency. Inside the company, the staged performance of the ingenious entrepreneur translated into an anti-culture of temper tantrums, bullying and employee turnover.

Elizabeth Holmes: The Story of Failure

Between innovation and exuberant ambition, between greatness and megalomania, lies a gap that we can with hindsight identify in many Silicon Valley companies. Mark Zuckerberg didn't think much about how his social network might disrupt the cohesion of entire societies. Travis Kalanick didn't think about the dangers Uber drivers and passengers might be exposed to. And Holmes didn't think about how her fakes might endanger the health and lives of others. Or she just ignored such thoughts.

In her line of defense, Holmes now claims she suffered psychological, emotional and sexual abuse from her long-time partner and co-founder Sunny Balwani. Holmes has never stood out as a feminist, but she did attract attention as the perfect embodiment of the “girl boss.” Equality means women can have the same ambitions as men, can fail just as hard, and be allowed to get back on their feet. But equality also means accepting responsibility for one's own actions.

The story of Elizabeth Holmes is not male or female, it is human. Nor does it represent the end of heroic epics in the startup scene. It is the story of the failure that inevitably comes when you put individual megalomania above teamwork and systemic-strategic thinking. It's also the story of the excessive arrogance of simply wanting to mercilessly disrupt any field without including the expertise of others who have real experience.

And it is, not least, the centuries-old story of a human flaw: of men and women who, regardless of their age, competence and wealth, allow themselves to be deceived cheated by people from the empire of Munchhausen – in love, in war, and in business. 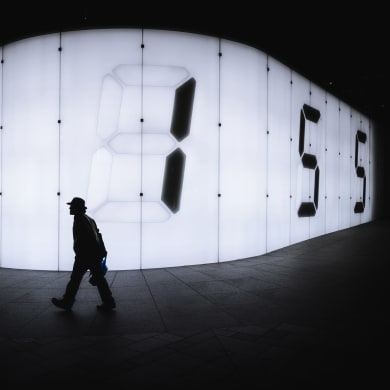 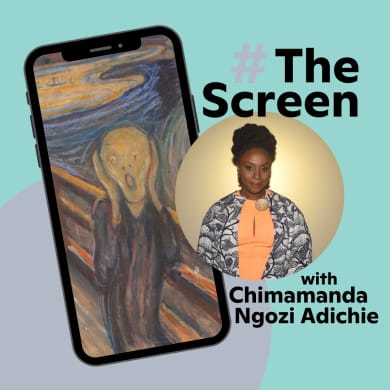 Nigerian writer Chimamanda Ngozi Adichie is an obsessive reader – not just of books but also on her phone. A conversation about the meaningful use of technology