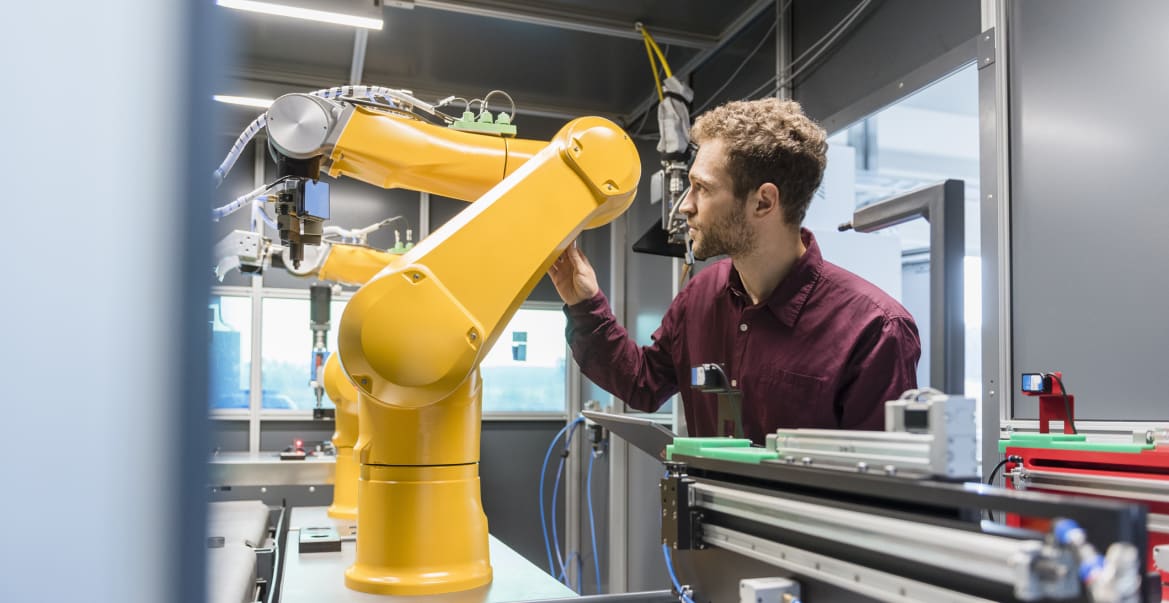 The more robots are employed in a country, the larger the gender pay gap increases. Economist Cevat Giray Aksoy explains why.

Women in Germany earn 18 percent less per hour than men. The Federal Statistical Office surveys the so-called gender pay gap every year – and each time also presents reasons for the difference in gross wages: Statistically, women are more likely to work in industries and occupations that pay lower salaries, are less likely to be in management positions and are more likely to be employed part-time. But even if these factors are excluded from the calculation and only women and men with comparable qualifications, jobs and employment histories are considered, the so-called "adjusted" gender pay gap is still six percent.

Germany is not alone in this. The gender pay gap has been demonstrated for most countries around the world. Economist Cevat Giray Aksoy and his colleagues at the London School of Economics wanted to know whether the pay gap between women and men changes when another group enters the workforce: robots.

Professor Aksoy, in your study you showed that automation will worsen the gender gap. Why?

When we started the paper, we had no idea that there would be a correlation. Our paper is the first to provide large scale evidence on the impact of industrial robots on the gender pay gap, using data from 20 European countries. We found that robot adoption increases productivity for workers, both male and female, and in turn, male and female earnings increase, but the gender pay gap also increases. We looked at the underlying mechanisms to understand why this happens.

What did you find?

How is the situation in Germany?

Germany has the highest robot density in Europe, with 346 robots for ten thousand employees. When we reran our economic models just for the German sample, we found that both male and female earnings modestly increased due to Robotization, but its gender pay gap remained relatively unchanged.

How do you explain these findings?

Robotization leads to differential earnings increases at different parts of the occupational ranking, where women are disproportionately present. We find that men who are higher in the occupational hierarchy, such as high-level managers, disproportionately benefit from Robotization. In other words: Men in medium and high skill occupations such as associates and professionals, mostly benefit from Robotization, their earnings went up more than those of women who tend to be at the lower ranks of the occupational hierarchy, which basically causes the gender pay gap. So taken together, initial inequalities in the labor market matter.

How could this effect be mitigated?

This is a very good question and it's very tough to answer. Automation sets important challenges for the labor market policy. Much attention has focused on the overall labor replacing consequences of technological developments, such as how many jobs will be lost because of automation or because of robots. Our findings basically highlight that automation may also have important distributional consequences which will depend on the country context and the occupational hierarchy. Our findings suggest that countries that have been less successful in promoting gender equality are also worse equipped to deal with technological developments that may actually worsen gender inequalities.

What could be done so that men and women benefit from automation?

Our results suggest that governments should not only ensure that education and vocational training systems provide people with the right skills demanded in the future, such as training more women in STEM, but the governments also need to pay attention to the distributional issues. I think this is the most crucial thing going forward, because both men and women should be trained with the skills that are relevant for future employability. And women should be more represented in positions that are at the higher ranks of the occupational hierarchy. 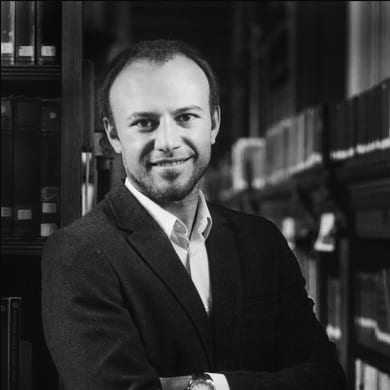 Cevat Giray Aksoy is Principal Economist in the Office of the Chief Economist at the European Bank for Reconstruction and Development in London and Assistant Professor of Economics at King's College London, Department of Political Economy. His research mainly focuses on forced migration, the political economy of trust and inclusion and economic inclusion. 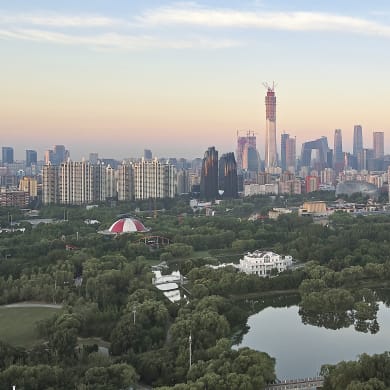 Beijing’s regulators have been bleeding nearly all of the country’s tech companies. What’s behind it? 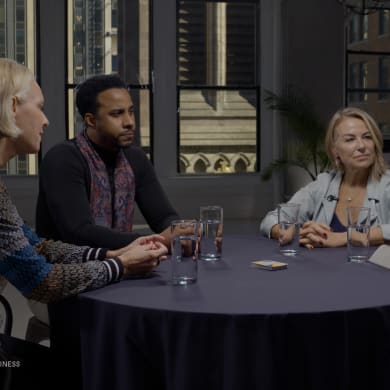 "We need to be more playful at work"

A conversation between Miriam Meckel, Esther Perel and Angel Acosta hosted by Léa Steinacker about the constant reshaping of our world and how it impacts our mindfulnesss.

How to rid AI of bias

Algorithms can be biased. The problem has been known for years, but developers are still struggling to solve it – not only for technical reasons, but also for social ones.