Life insurers are in crisis. Business is no longer going well, companies are being taken over, others are facing liquidation. As if that weren't enough for the industry, the remaining insurers are faced with the question of how to bring disorganized reams of old insurance data into the digital age — “to migrate,” as experts like Axel Helmert, the head of product management at Msg Life's Central Europe division, say. In recent years, the Munich-based software service provider of around 1,200 employees has taken on the once neglected data records, delivering them to customers in a consolidated, clear, and easy-to-use form.

Life insurers are in crisis. Business is no longer going well, companies are being taken over, others are facing liquidation. As if that weren't enough for the industry, the remaining insurers are faced with the question of how to bring disorganized reams of old insurance data into the digital age — “to migrate,” as experts like Axel Helmert, the head of product management at Msg Life's Central Europe division, say. In recent years, the Munich-based software service provider of around 1,200 employees has taken on the once neglected data records, delivering them to customers in a consolidated, clear, and easy-to-use form.

His team has therefore developed a machine learning method that does the job “without anyone having to have a look,” as he says. The neural networks used to process the data independently recognize patterns in the huge data sets and deduce from them which formulas the insurers most probably used to calculate the conditions of customer contracts. This saves struggling companies from bearing the costs of manually inspecting the data. However, the method also carries with it the disadvantage that Artificial Intelligence so often brings: “Neural networks can learn the functionality in the desired quality. In so-called “training,” they only look at input and output. But their internal representation is difficult for humans to understand,” says Helmert. 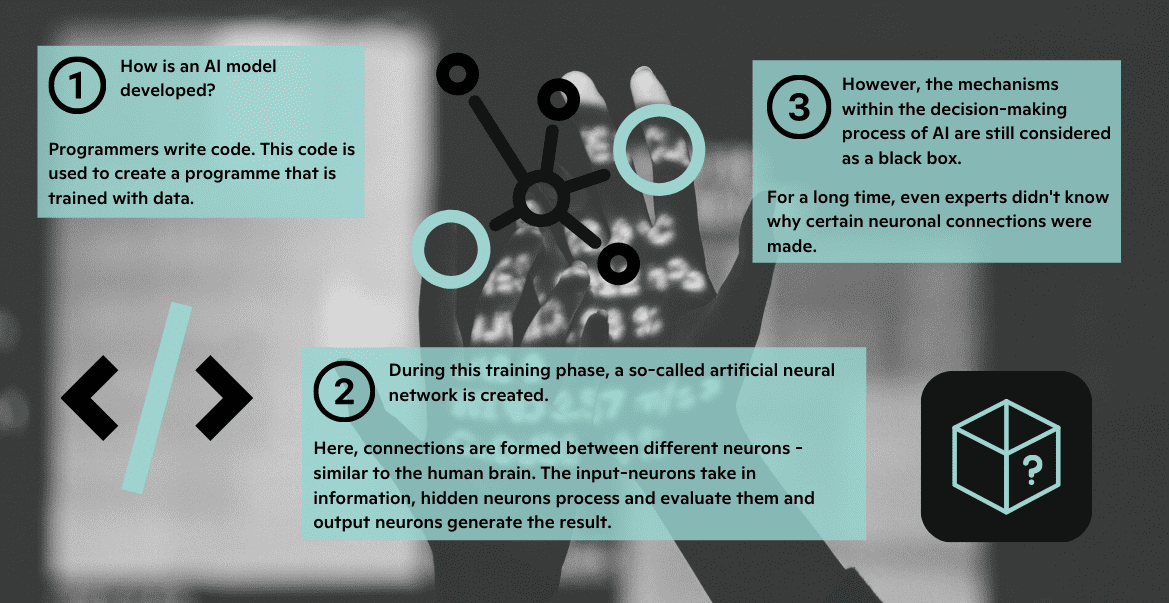 What is being created is a classic black box: that is, Artificial Intelligence whose way of working isn’t accessible to humans. But it doesn't have to stay that way. Scientists and companies, including computing giants like IBM, are investing more and more in “Explainable AI,” also known as “XAI.” In doing so, they are responding to the demands of government agencies, consumers, and civil society groups who are calling on tech companies to make their AI models more transparent.

In May 2021, the European Commission submitted a proposal for the regulation of Artificial Intelligence, dividing it into a number risk groups: “High-risk AI systems should be designed and developed in such a way that their operating systems are sufficiently transparent so that users can interpret the results of the system and use them appropriately,” the requirements state, for example.

Yet shedding light on the black box also has its limits: It requires a significant amount of time and effort, and not all companies are willing to reveal their cards. In addition, there is also the question of how informative the insights into opaque AI are when AI is used to reveal them.

Helmert keeps coming back to financial supervision, which they need approval from at Msg: “You can't use neural networks if there isn't a certain level of quality assurance. It needs to be explainable.” In principle, he can also understand the requirements of authorities, especially because of the risk of outliers, as he explains with a fictitious example: One customer among ten thousand might get half or double his or her premium paid out because of an AI mistake. That must be verifiable.

In the best case, it shouldn't happen in the first place, which is why Msg itself has an interest in better understanding the decision-making processes of the AI it has developed. Helmert explains how they're already addressing this with "references" that they've built into the AI: A kind of footnote in the algorithm that refers to the insurance formulas in the old data sets. “We can look at the sources of the neural network that way,” says Helmert.

As this is costly and cumbersome, they are now working on an automated solution with public research funding in collaboration with the LMU Munich: a so-called “metamodel.” The AI that Msg uses to migrate the data is a mathematical model that tries to unlock the learning process involved in insurance formulas. To see how the model proceeds, Helmert's research team is now using another AI model that tries to explain how the original AI might have operated.

Explainable AI as an interpretation of an interpretation. That’s one way to describe the method at Msg. This is an important step in the attempt to shed light on a black box. However, it doesn’t offer a perfect explanation. In a paper with colleagues, Boris Babic, professor of philosophy and statistics at the University of Toronto, has called such approaches “substitute understanding.”

In an article published in the journal Nature, Babic and colleagues refer to Explainable AI used for the black boxes of automated disease diagnostics, and they don’t rule out that their critique may not apply to other fields. Explainable AI provided a retrospective interpretation “that was not necessarily the underlying cause for the predictions or causally related to them,” they write. The explanation is only suggested, they say. This therefore entails risks: “Since no explanation is provided in the sense of opening the black box or laying out its inner mechanism, this approach does not guarantee that trust will be increased and underlying moral, ethical, and legal concerns will be addressed.”

How much transparency is needed?

The potential and limitations of Explainable AI are also something Wojciech Samek, who researches Artificial Intelligence at the Fraunhofer Heinrich Hertz Institute in Berlin, has something to say about. "An explanation should not be an end in itself," he says, urging us to ask whether clarity of explanation is of any good and, if so, for what purpose. Does it really provide added value? After all, Explainable AI can also come with disadvantages, including the cost of deployment, for example, especially when it comes to very complex models. Moreover, algorithms are often a company's “most valuable asset,” as he puts it: "Providing access to the internals of a model to clarify decisions can limit a company's success.”

Samek can understand why the European Commission is not imposing a fundamental obligation to explain how algorithms work in future regulation. “There are models that don't necessarily need to be explainable, like the recommendation algorithms of Netflix and Amazon. There, it's perfectly okay if we can't fully understand them,” he says.

The EU will probably also classify such systems as “minimal risk” and allow them to run without any restrictions. Even for chatbots that are considered “limited risk,” a short disclaimer that users are dealing with AI is sufficient. The EU classifies AI for public transport, for grading university exams, and for personnel decisions and legal proceedings as “high risk.” How complex an AI is or how difficult it is to decipher is irrelevant for the classification. What counts, is solely how it is used. 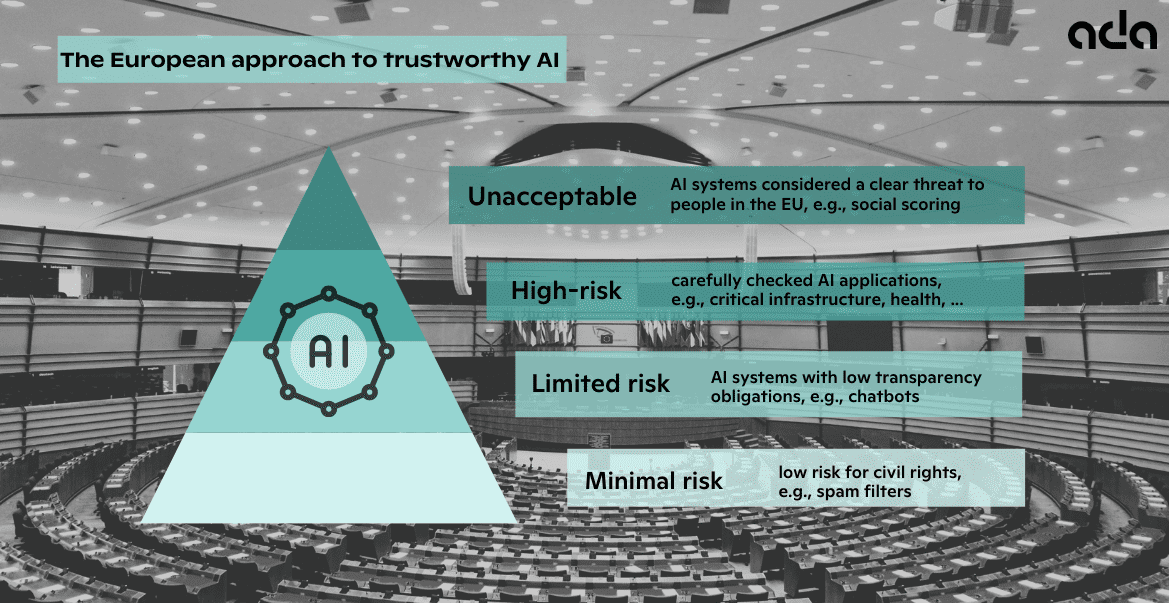 It's all about trust

Leslie Casas works for the Munich office of the Japanese IT company Fujitsu, which advertises XAI solutions. With applications that are expected to be classified as high risk by the EU, the benefits for the company are obvious. Fujitsu has developed AI that uses gene mutations to predict the onset of certain diseases, automatically matching the results against an extensive database. “In medical diagnosis, you need to know why certain decisions were made,” says Casas, explaining that they are using a methodology that now provides what are called “interference factors,” that is, indications about the data that were decisive for the AI’s classification. However, even this is only an approximation and not an exact explanation of the decision. A machine that tries to understand another machine.

This is similar to a process used in the textile industry, which Casas refers to. An AI from Fujitsu analyzes photographs taken of fabrics along the production line: It was trained with faulty fabrics that had cracks and impurities. Now the AI automatically categorizes them and signals which should be sorted out. But what if the AI chooses not the crack or impurity, but the type of pattern as the reason for exclusion?

To prevent false conclusions of this kind, Fujitsu applies various XAI methods, including a heat map. It indicates with a bright color which areas of the fabric were decisive for the AI's decision.

Most retail customers are unlikely to care about why an AI has sorted out faulty fabrics somewhere along the clothing production line. The EU is also indicating that it wants to, above all, closely scrutinize AI applications used in the development of sensitive products that could, for example, harm the health of consumers.

Casas is therefore primarily referring to corporate customers when she talks about the importance of XAI solutions in production: “It increases customer confidence if we can show that work is being done with a high level of accuracy of almost 100 percent,” she says. The goal here is not so much to completely illuminate a black box. Rather, what is being called for is proof that AI is capable of fulfilling its core promise: namely, to make intelligent decisions. 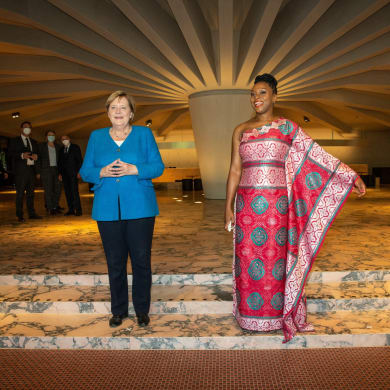 “We should all be feminists”

A federal chancellor who enjoys reading literature, and a bestselling Nigerian writer who thinks like a politician – what unites Angela Merkel and Chimamanda Ngozie Adichie? 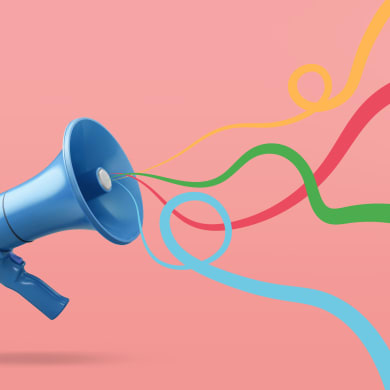 Listening is important. And overrated. Company-wide calls to listen more are fundamentally about power. 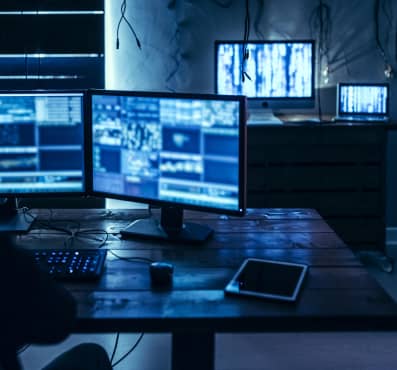