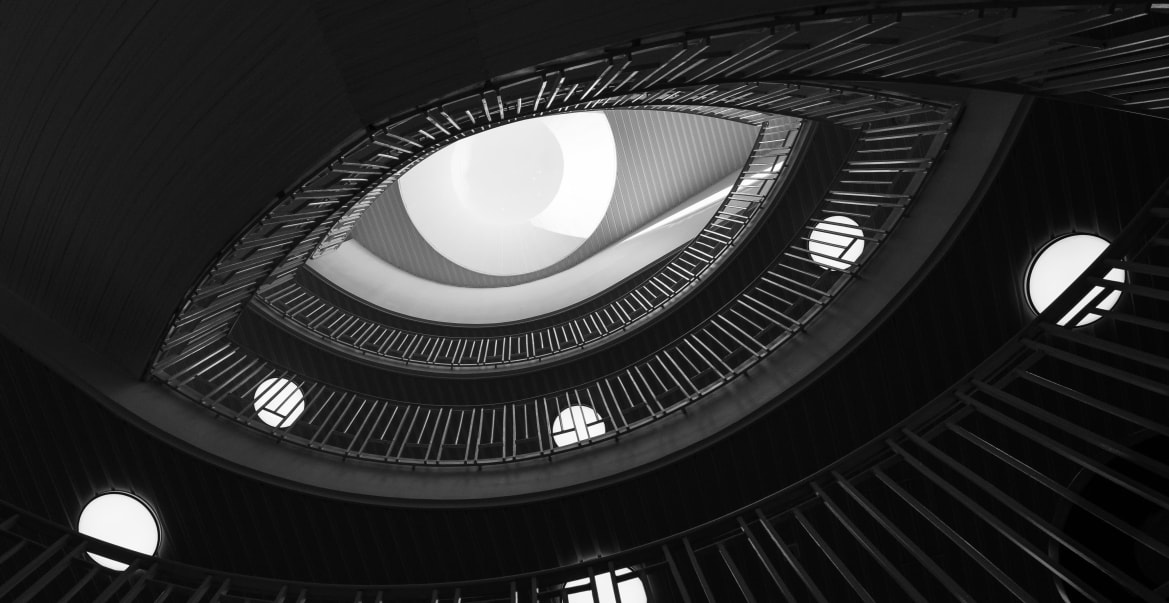 Digital surveillance on the job – Employers prefer monitoring over trust

American companies are using software to keep tabs on their employees. But these systems are not only error-prone, they're also counterproductive.

When Jeremy Bentham came up with the idea for the Panopticon in 1791, he drew a round structure. In its outer circle were many illuminated rooms, cells or offices. Inside the rotunda was an observation tower from which a guard could keep a watchful eye on all the cubicles while remaining in the dark himself.

A British philosopher and proponent of utility ethics, Bentham had created the ideal architecture of control. The very idea that they would be under constant observation was intended to put pressure on the people in the building. Knowing they were being watched would prevent undesirable behavior.

It's important to note that Bentham’s architectural surveillance fantasy was actually intended for the construction of factories. However, the plans were first implemented in 1811 for a different purpose – as a prison. Somewhere along the way someone must have noticed that a job and a jail are not the same thing.

There are other, more subtle ways to restrict freedom, and they have shaped the course of the evolution of labor over the past 200 years. These methods also have to do with surveillance, and include for example “scientific management,” a concept created by the U.S. labor scientist Frederic Winslow Taylor. He realized that you don’t need to confine people in order to control them and put them under pressure. All it takes is a stopwatch and a measuring device.

Taylor broke down each work process into its smallest components, measured to the second how long a given action or movement took, and then assigned these fractal miniature tasks to workers on assembly lines. What Karl Marx would have viewed with horror as the alienation of labor, Taylor saw as an increase in the efficiency of the early industrial society.

Surveillance tools: In increased use since the pandemic

Fortunately, office and factory work today have nothing to do with imprisonment, and society has also evolved past the use of stopwatches and time clocks. Nowadays it’s more a matter of technology. And already you have to look a little closer.

Since the pandemic, many American companies have been using software that deserves to be called “Panopticon 4.0.” It’s not, of course, going instead by names like “Time Doctor,” “Hubstaff” and “WorkSmart.” But a prison is a prison, even if you call it a 100%-secure wellness resort.

These modern surveillance tools run virtually unnoticed on employees’ computers. They record keyboard activity, cursor movements and screen scrolling, every few minutes even taking a screenshot or a photo of the person sitting at the computer.

The motive is clear: They want to force employees to focus on their job and avoid distractions and unnecessary breaks. They want to be sure their coworkers are actually working, ideally for the company that pays them. Constant monitoring has replaced trust-based management.

In theory, some employees even approve of this approach. A monitoring system has the potential to help them concentrate and focus on the task at hand, and anyway it’s fair because people should only be paid for the time they actually spend working. And that’s where things start becoming absurd.

A major study conducted by the New York Times determined that most of these software systems are extremely prone to error or simply stupid. For example, if the system takes a photo every ten minutes, and the picture happens to capture the exact moment the person turned away from the screen, that “work unit” is subtracted from the accumulated hours – and not paid.

Even senior executives are struggling with this new form of surveillance, finding that suddenly they are left with only two-thirds of their comfortable salary, because the software disregards everything that’s not keyboard or mouse activity. Jotting down notes on paper, going for a walk with coworkers to get feedback, and yes: even just sitting and thinking about how to solve a complex problem – none of that counts as work, and subsequently is not remunerated. Thinking for yourself can get pretty expensive in that kind of work environment.

Anyone who works with Microsoft Teams knows the little green status indicator next to their profile picture. After a few minutes of inactivity, it switches from green to yellow. A friend of mine works for a consultancy in Switzerland. She regularly received inquiries as to her whereabouts when the light was yellow.

Now she does what many others do. She uses technology to outsmart technology. Her solution to the problem of excessive monitoring is a “mouse jiggler.” It's a program that simulates cursor movements that register as computer activity. That way at least she can take a bathroom break without getting a call from her employer.

French philosopher Michel Foucault described the Panopticon in his book “Crime and Punishment” (1975) as a metaphor for the modern disciplinary society. When power is optimized through comprehensive surveillance, the actual work itself becomes superfluous. The other side of the coin is the perfect simulation of work. Computer-generated cursor movements make it unnecessary to actually move the mouse. You are what the monitors say you are. 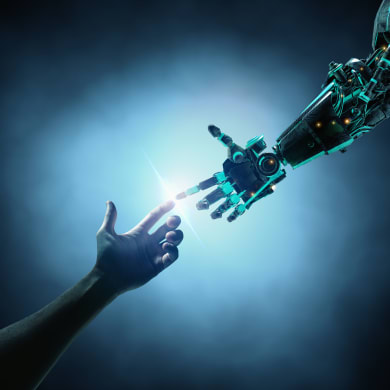