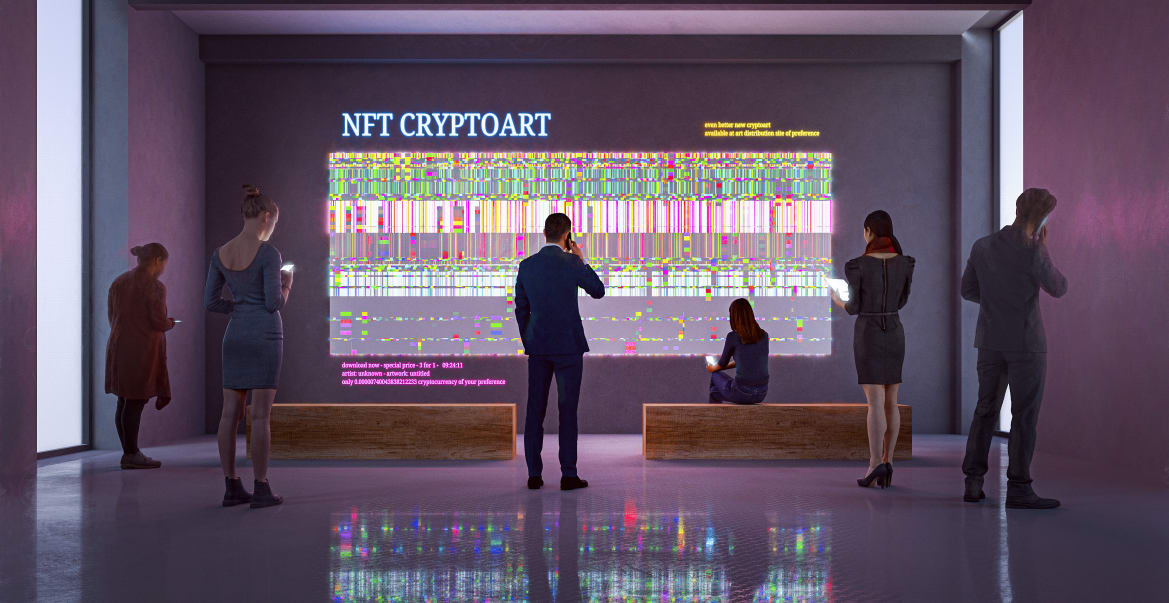 Artists have found a way to protect their rights to art using non-fungible tokens. Whether this method will ultimately prevail depends above all on whether our monetary system switches to cryptocurrency in the long term.

The position of art in the digital realm has been as easy as it is discouraging. Artists have an unlimited platform for disseminating their work. But there's no end to the frustration they suffer trying to earn money with it. Either they receive no money at all, or they sign away their rights to certain platforms, in which case there is very little payment.

The former is attributed to a very simple economical principle: Because digital art cannot be scarce, but scarcity of goods is a prerequisite for setting prices, artists have to rely on donations.

The latter is due to the unequal size ratio. Because the platforms that get to decide whether to publish content are usually quite large, they are able to set the price. A good example is Spotify. And iTunes. And Amazon. Platforms that give art unimagined reach, but on which only extremely few artists make a profit.

Now there's a solution to both problems: non-fungible tokens. An encryption system running on blockchain that clearly designates art as property, thereby making it scarcer and making it possible for artists to control their art.

Already, NFTs have inspired quite a bit of euphoria. Jack Dorsey for example, the founder of Twitter, made an NFT of his first tweet and sold it for 2.9 million dollars. And the NBA has launched its "Top Shot" project, selling packaged highlight clips that operate like trading cards. But the largest proceeds so far were generated by artist Mike Winkelmann, alias Beeple. In early March, someone paid 69.3 million dollars for a collage he created. Mike Winkelmann is now the third highest paid living artist in the world.

That's why artist and researcher Mat Dryhurst predicts a revolution in art on the Internet. "We're used to navigating a centralized Internet, known as Web 2, where a few designers in California make decisions that really only benefit Facebook or Twitter," he says. As a counter-model to that, he envisions a Web 3 that will emerge with the help of NFT art. A decentralized Internet where a few companies can no longer decide who gets paid what – now everyone can. It's almost as if an old dream of the workers' movement is being applied in the digital century: Those who create something not only get the value created – they also determine how things work in the future.

But is that really realistic? Are the millions that are currently flowing into NFT-coded works really evidence of a paradigm shift? Or are we once again just succumbing to hype?

Well, the truth is probably somewhere in the middle. NFT art is not going to make any artists rich who haven't already sung, written or painted their way to riches. But on the other hand, they aren't going away, either. The former is attributed to a pretty plausible economic observation. The latter is due to a larger technological and economic trend – the increasing encryption of the global money and investment markets. 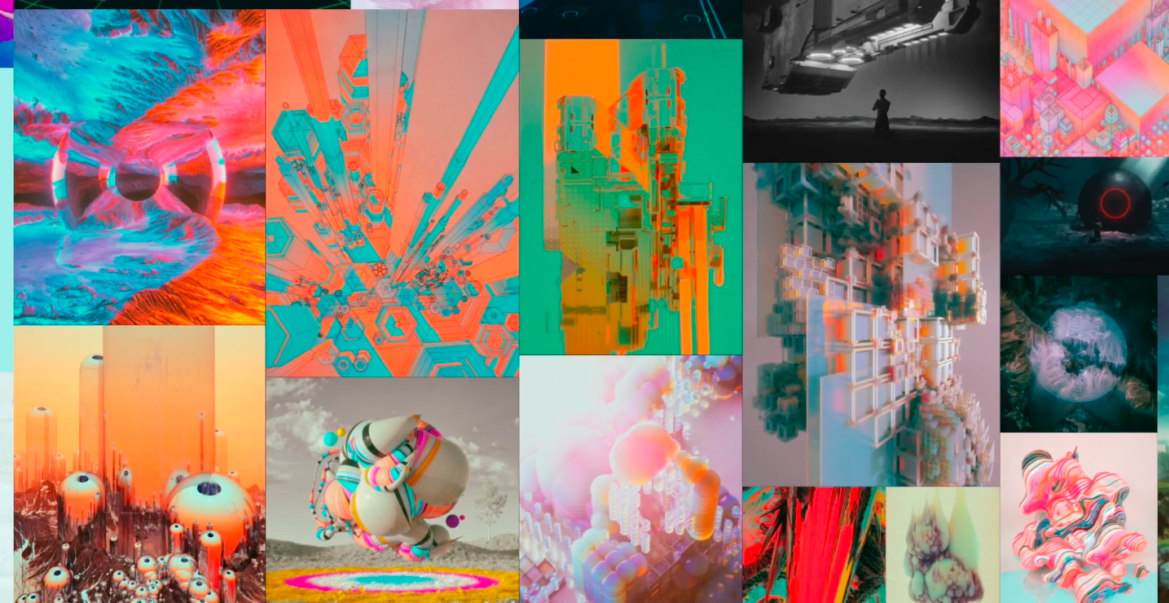 Let's take a step back and see how price and value have traditionally been determined in the art market. On the one hand, we find that there is really no art market at all. While in the case of music and literature there is a kind of supply-and-demand logic that ultimately determines how wealthy the creators of this art can become, it's much more difficult when it comes to paintings. In the real world, prices have ultimately been determined using a hard-to-pin-down system in which taste, availability, zeitgeist and other factors all play a role.

And this seems to be the primary field of application for NFT-coded art. First of all, NFTs can be used to trade anything that is available virtually – not just books and videos but individual plays from sports events, virtual objects from computer games, cartoons... Even simple tweets can be transformed into tokens – and turned into money. An NFT is ultimately an "irreplaceable token," a certificate of ownership for a digital object. They are stored, tamper-proof, in a wallet or blockchain. The certificates refer to the respective original file. But the files themselves, in contrast to the certificates, are not copy-protected. The certified files can be disseminated just like any other digital files, although the "originals" belong only to the certified owners. Although it's not yet clear what "belongs to" means in this case, given the ephemeral nature of the "object" in question.

The pitfalls of technology

This technology is intended to enable artists to exercise control over their works, and to better protect them from others. Think of it like an auction catalog in the conventional world. There is a certain degree of certainty about the work under consideration. With one glaring difference: If I'm a collector, I can buy the original artwork from the auction catalog. With NFTs, this is not technically possible. When you buy an NFT, you don't receive the actual digital artwork. You buy a link to a file that is, in principle, cryptographically secured and digitally encoded. But what happens if the linked domain disappears in ten years? What if the owner's heirs want to access the artwork 40 years from now?

All popular NFT platforms today share some of these weaknesses. They are dependent on the company staying in business. They also depend on blockchain technology holding up over time, so their artworks don't suddenly disappear. "Right now NFTs are built on an absolute house of cards constructed by the people selling them," tweeted software developer Jonty Wareing.

Values in a compartmentalized bubble

Which gives rise to another suspicion, namely that the high values for NFT-coded art are generated because the art exists in a very limited, but very value-rich, space. Over the past ten years, blockchain has become a haven for people looking for a place to put their wealth – wherever that wealth came from. For billionaires around the world, this is just another option to parking their money in real estate, wine, classic cars or whatever. Instead, they can leave their money in blockchain-based cryptocurrencies that increase in value as long as people continue to buy Bitcoin or Ethereum faster than the supply grows and the ability to spend that cryptocurrency in turn increases. The major challenge is that blockchain – aside from unresolved environmental issues due to energy-intensive encryption – currently has few practical uses. There are many theoretical applications, but who really uses blockchain technology in everyday life? More than a decade after the technology first caught the attention of techies, not a single popular app relies on it. With one exception: apps for trading cryptocurrencies. The result is an almost hermetically sealed economy whose currencies only exist to be traded and become derivatives of themselves.

So there are plenty of people who are crypto-billionaires but have virtually no money outside of the crypto world. There's hardly anywhere for them to cash in their crypto-assets. They can't buy real estate with cryptocurrency. They can't use it to buy a yacht. The only rich people's hobby they can participate in with their crypto-wealth is art collecting.

Or to put it another way: So far in this world, the accumulated balance of cryptocurrency is greater than the opportunities to spend it. What we're observing is the same thing that has been happening in the physical world for many years now. When there is too much money that cannot be put to any useful use, it is simply put into art. In other words, the exorbitant prices for crypto-art are directly linked to the non-mass availability of cryptocurrency. So much for the democratizing effect of technology in art.

This, by the way, says nothing about the future viability of NFT technology. Just as the future of blockchain is not dependent on Bitcoin, which is just one potential application of it, the future of NFT is not necessarily dependent on the use of technology in the art market. Crypto-secured encryption of digital goods creates value not only for the creators. There's a good reason that Sebastian Blum from crypto-investor Greenfield One in Berlin says: "NFT-based businesses are on the rise." The only question is, is this any way to democratize the art scene?

"I don't want to let go of the optimistic ideal behind NFTs," concludes Anil Dash, who was instrumental in the development of early NFTs. "But in my work as a technologist, my optimism has often been dashed by opportunists who rushed in after a technology had just taken off. In the early days of digital music, the advent of MP3s and new distribution systems was supposed to enable artists to sell directly to fans. In the early days of social media, companies developing blogging technologies promised that writers would be able to communicate directly with their readers. This pattern was repeated in one industry after another."

Crypto-art ultimately only has crypto-value

There is much to suggest that the effect of NFTs on the non-digital art world will probably remain manageable after a brief boom. Nevertheless, NFTs in art should not be dismissed out of hand – but this is more due to the system-disrupting power of crypto-technology than their artistic value. Because, in fact, that's the way it is at the moment: While cryptocurrencies may not make the breakthrough into the mainstream of business life, the value of cryptocurrencies traded worldwide is nevertheless booming on the one hand, while a complete crypto-value system is emerging on the other.

At the moment, this emerging system mainly seems like a reflection of the "real" financial architecture. There are cryptocurrencies, crypto-exchanges, crypto-asset classes, and in Switzerland there is currently a stock market start-up called SDX that is working with various central banks to develop crypto central bank money. "We are talking about building new markets," says chairman of the board Tim Grant about the various ways cryptotechnology could change the world of money. So maybe the existence of an asset class of crypto-art is really just the logical conclusion of this crypto value system.

The question then becomes not whether crypto-art as guaranteed by NFTs will prevail, but rather whether cryptotechnologies like Blockchain will organize the international exchange of value and trade in the long term. In that case, NFT art could indeed have a bright future as an investment and a collector's item, much as art already has in today's world. But that would still have precious little to do with the democratization of art.

Two Sides of the Chinese Capital